The Kellogg School of Management is the business school of Northwestern University in Evanston, Illinois, ranked in Sep 2015 by Forbes as #4 in the America’s List of Best Business Schools. Kellogg partners with schools in China, France, Singapore, India, Spain, Hong Kong, Israel, Germany, Canada, and Thailand. Founded in 1908, the school was chartered to educate business leaders with “good moral character”. Kellogg pioneered the use of group projects and evaluations and popularized the importance of “teamwork” and “team leadership” within the business world. Kellogg has historically been ranked as one of the top business schools in the world. The PTMBA program has recently been ranked #1 in the USA by Business Week. In 2017 the Financial Times ranked the Kellogg HKUST program in Hong Kong #1 amongst Executive MBA programs in the world.

Kellogg has one of the most powerful and Responsive Network of businessmen in the world. The global alumni network includes 60,000 strong individuals in more than 100 countries, spanning almost every industry and endeavor, including for-profit, nonprofit, governmental, and academic institutions around the world.
With seven Executive MBA campuses around the world — based in Canada, Asia, the Middle East, Europe and the United States — the Kellogg Executive MBA Program offers the largest, most immersive network of its kind.

IPA is a result of a PhD research of a Kellogg MBA alumnus, Itai Kohavi, supervised by Prof. W. Nowiak of Adam Mickiewicz University, and was first presented at an international event of the Kellogg school of management on November 1, 2017 at the presence of some 300 Kellogg alumni, Kellogg professors, the dean of Kellogg at Northwestern university in Evanston, and the deans of Kellogg affiliated executive MBA programs in Beijing, Hong kong, Tel Aviv, Vallendar, and Toronto.

IPA is forming a world class international assembly manned by outstanding Kellogg alumni from relevant prominent countries. The IPA assembly derives its knowledge and strength from affiliation with prominent  universities, entities, advisors, thought leaders, and in general, the prominent minds available worldwide that can join hands and reach a solution.

Disclaimer: Kellogg School of Management and Northwestern University as institutions do not take positions on public policy issues and thus will not take a position on direct or indirect actions, recommendations or conclusions that IPA may take. Opinions expressed by kellogg alumni contributors shall not be regarded as the opinions of the institutions.

UAM educates almost 50,000 students annually, and its department of Political Science and Journalism has been consistently ranked #1 or #2 in Poland. IPA and faculty members from the Political Science department of UAM collaborate in research, conferences and other activities concerning international conflict resolution in general and the Arab-Israeli-Palestinian conflict in particular.

Disclaimer: Adam Mickiewicz University (UAM) as an organization does not take positions on public policy issues and thus will not take a position on direct or indirect statements, recommendations, conclusions, or actions that IPA or the Poznan International Center for Conflict Resolution may take. Opinions expressed by either involved individuals shall not be regarded as the opinions of AMU. 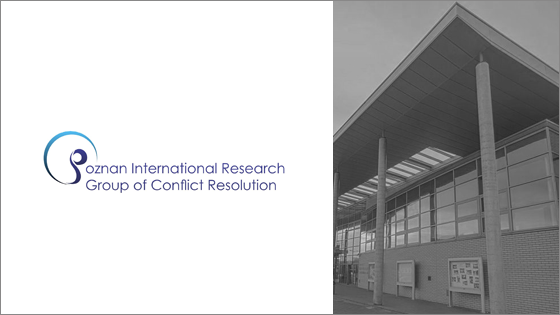 Led by Prof. hub. Wojciech Nowiak, and Dr. Itai Kohavi from Adam Mickiewicz university of Poznan, the group was founded for researching the Arab – Israeli – Palestinian conflict, using multi-disciplinary tools, and bi-directional enrichment relationship with the International Peace Accelerator (IPA).
Focusing on what innovative approaches can be taken by the parties in the conflict, including the international community – to open new opportunities. 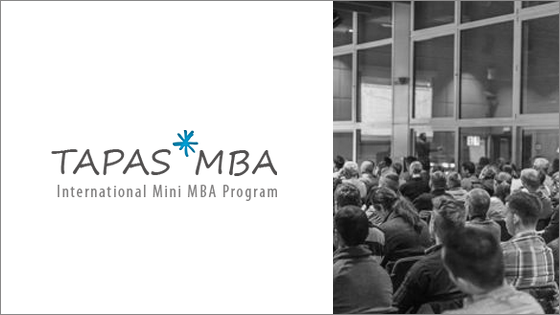 IPA has unique affiliation with the alumni network of Microsoft Accelerator – TapasMBA program. With guest lecturers from Cisco, Google, WhatsApp, and other thought leaders, TapasMBA, taught at the Microsoft offices, became a prestigious Mini MBA program focusing on entrepreneurship and innovations. The alumni network of TapasMBA comprises of talented Christians, Jews, and Muslims from various locations, including the symbolic cities of Nazareth and Jerusalem. As such, the knowledge, connections, and motivation of the TapasMBA alumni build bridges and provide inspiration. The cooperation between IPA and TapasMBA focuses on how innovations can transform old habits into exciting new approaches, by encouraging the alumni to use their skills in helping to cut barriers not only in the business world but also in the Arab – Israeli – Palestinian conflict.